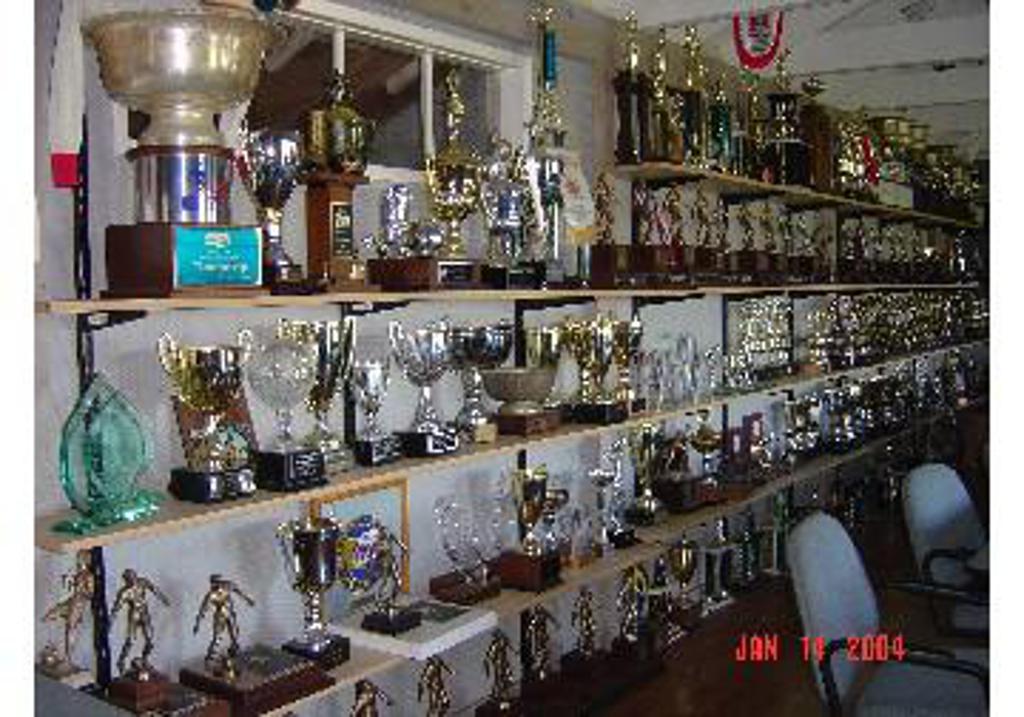 The Nomads began in 1976, when founder Joe Hollow, a local real-estate developer, then in his mid-30s, formed an all-star team using the best players from a league in La Jolla, a San Diego suburb. Over the next four years he added teams in different age groups under the Nomads’ banner all boys team. At that time coaching was conducted by volunteers or sometimes parents. Around 1978 Geoff Barnes joined the club as a volunteer coach for the flagship U14 team. Along with Tony Lees these two were the senior coaches at that period until the arrival of Derek Armstrong in 1981.

All that was about to change. In 1977, Hollow spotted Derek Armstrong working with the "apprentices" [youth players] of Blackpool F.C., a mid-level English Soccer Club.Derek was instrumental in organizing games for the Nomads visiting team .and eventually built a relationship with the club.  Joe Hollow reached out and hired Derek as the Nomads’ director of coaching in 1981 after a 6 week visit in 1980 by Derek.. Derek was hired to create Joes shared vision of an English club system in America, a top to bottom soccer organization, not simply a couple of teams sharing a common name.

In England, as in much of the world, a club is almost like a soccer family. Players advance through the ranks, rising from the youngest teams to (with any luck) the top level, the club’s pro side. Along the way, the youngsters are trained in a specific style of soccer, two or three teams close in age train together and promising young players are called up to perform with older teams. The coaches on all the teams talk to each other, comparing notes and sharing ideas. In addition, everyone in a club, family members included, feels proud of each team bearing the club name.I n 1981 this was not normal at all in the USA

Derek’s first move in replicating this system was to upgrade the Nomads’ coaching. Between 1980 and 1986, he replaced the parent coaches with trained and experienced coaches who had grown up playing the game. At the same time, he formulated a club wide philosophy insuring that all players, no matter how young, would be trained to play the same style of soccer. Every Nomad would look at the game the same way; every coach would share a similar vision. Nomad’s alumni Charlie Marshall, recalling his 14 years as a Nomad, has nothing but praise for the "farm system" structure Derek instituted. "As I moved through the club, I constantly practiced against older players," he says. "I learned from them, and I also got to know and respect them. After being in three national championships as a Nomad youth player, college was a bit of a let down. " So says Charlie, a recent Yale University graduate, "My years with the Nomads, playing with and against some of the top Americans, are by far the best years in my soccer life."

We develop our own players from a very young age, who learn the same style at a young age, and have the same enthusiasm for the club and the game. A unified soccer style truly does pervade the program, which now numbers 17 AAA Boys teams, 9 AAA Girls teams and a newly formed AA program that has 8 Boys and Girls teams combined.

The Nomads "have built everything around the passing game." Derek wanted to play attractive, stylish soccer, because that is also good soccer. He observed, "If you can pass the ball, you are more apt to be successful because you’re the one in control of the game, not the other team. Soccer is a game of passing and movement, coupled with room for the individual to create and show their individuality when required . This then was the early aims set forth by Derek in the early 80s.

Derek notes that top clubs like the Nomads face an inherent contradiction: While their aim is to teach a consistent style of soccer, prepare players for the next level of competition and instill an appreciation for the game, they also must win much more than they lose. If they do not, they’ll suffer in the recruiting wars for the best local talent, lose even more games and the downward spiral will continue. So, like it or not, Derek knew that winning big was crucial to the developing program. He didn’t have to wait long. After just two years under his direction, the revamped club’s first major success came in 1982, when the Nomads reached the finals of the McGuire Cup, the U19 boys’ National Championship. That experience earned the club national publicity, and gave its members a new perspective on youth soccer in America. According to Derek, "For the first time we could see where we stood in terms of talent, expectations and all the rest." He realized that much work lay ahead if the Nomads expected to reach the finals again, year after year - and win it.

"We had a team of exceptionally talented players," he says. "What we had to do next was maintain that consistency, year in and year out, and make sure that every team in the club did everything possible to reach that same level." And slowly but surely, that continuing level of excellence has come.

Derek’s commitment towards success extends all the way to hand picking the coaches. He trains them, he keeps every one in line, and yet he is not some inaccessible figure. If the Nomads take six teams to a tournament, he watches all six.

In 1987, the Nomads became a non-profit corporation run by a seven member Board of Directors.

As the Nomads evolved, so did the population base they drew from. In the 80’s housing prices rose in La Jolla, slowing the influx of new young families ripe for an excellent soccer program. The club spread a wider net and began drawing in players from the entire San Diego area. Though dues are high and travel expenses can add several hundred dollars a year to the cost of being a Nomad, no player is turned away. "Anyone who can travel here can play for us, " Derek says. The Club scholarship program for needy players runs well into five figures, some of the money derived from registration fees paid by those who can afford them, the rest coming from fund raising and the hosting of our own tournaments.

Aggressively building a strong financial base means having money for travel, an element Derek deems essential to the club’s continuing health. "Whether we win or not, going to the Regionals and Nationals has helped give us good perspective," he says. "If you don’t get out and travel, you end up living in your own small world. You don’t know the quality of what is else is out there, and you don’t get better because you don’t test yourself against the best."

The Nomads’ regularly seek top competitive experiences; using the worldwide contacts, that Derek has developed as an English coach and player to open doors. Judged strictly on trophies won, the results of these travels - to Dallas Cup, the St. Benedict’s Prep Invitational in New Jersey, to France and the yearly trips to England with Nomads International - have not always provided victories. But taken together, these excursions into the large world have helped mold the Nomads into a highly competitive unit. The ultimate goal is to compete and be competitive not just at the McGuire Cup level, but to compete with international pro teams’ elite youth sides, like England’s Liverpool F.C or Spain’s Barcelona.

In 2013, the Nomads incorporate a program which allows players to train full-time while getting a middle school or high school education through partnerships with local academic providers which are fully accredited.

2007 - Accepted in to the US Soccer Development Academy Program 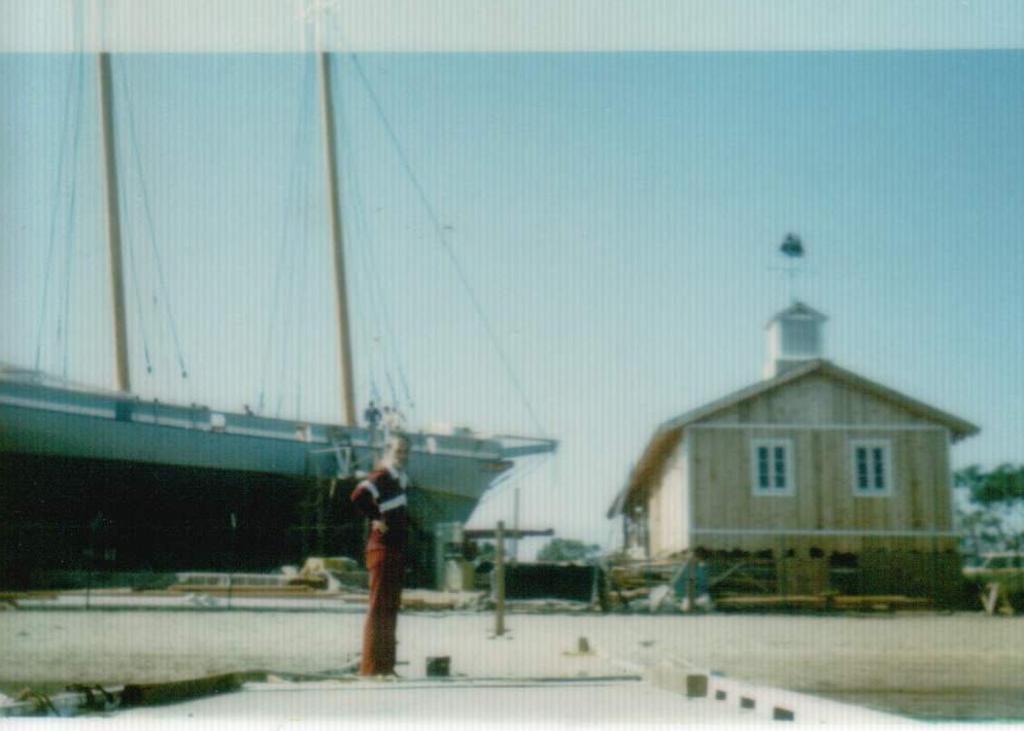 Bill Boardman, Nomad parent, standing next to the Allen Field Clubhouse (3908 Torrey Pines Road, La Jolla)  when it served as the Tool Shed for construction of the famous Californian, recently decommissioned, in the shipyard.  Nomads boys teams raised $10,000 to purchase the building by planting and nurturing the trees at a tree farm in Rancho Santa Fe and then selling them to local developers.  A huge “THANK YOU” to Joe Hollow for moving the Clubhouse to Allen Field.  Ask him all about it.  The Californian was built from the ground up in 1984 at Spanish Landing in San Diego Bay. She was launched with great fan fare for the 1984 Summer Olympic Games in Los Angeles. In July 2003 the governor signed a bill into law designating the Californian as the official tall ship of the State of California. 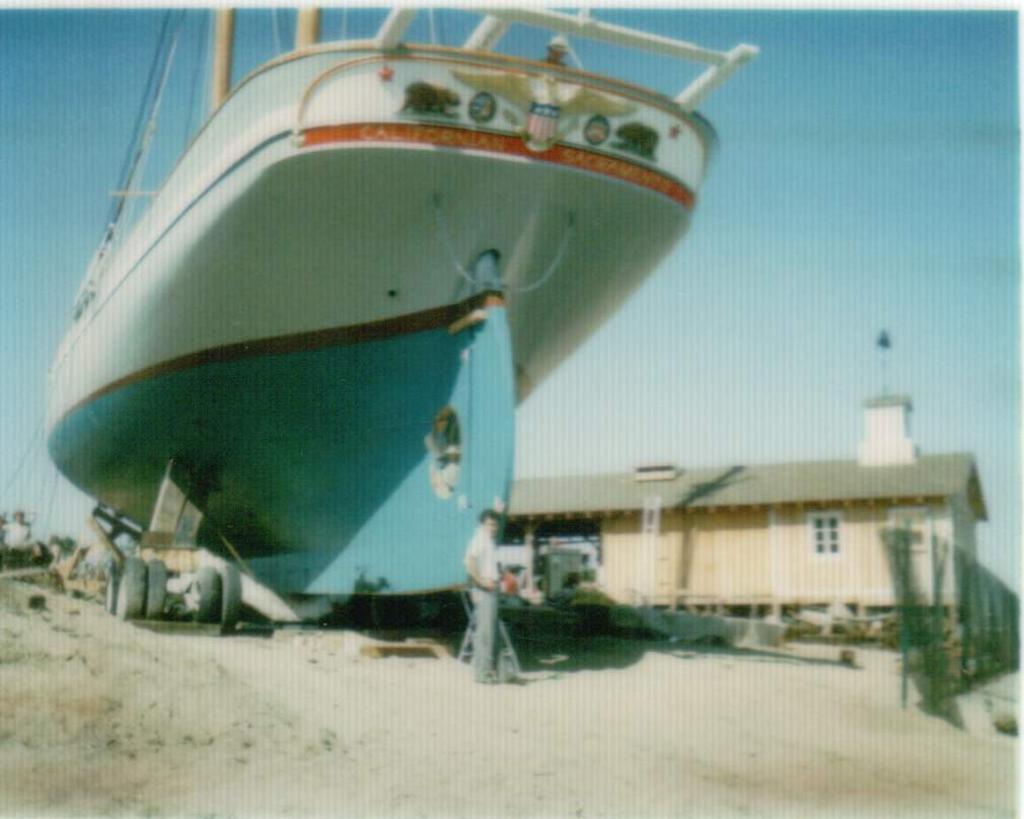